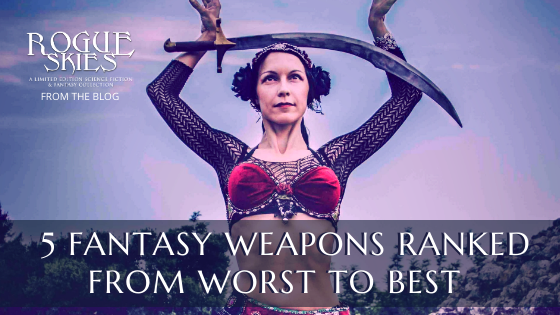 Ah, fantasy weapons. They’re a part of the reason we love this genre, am I right?

We love our fantasy weapons so much that they’re right there in the name of some fantasy subset genres: sword and sorcery.

But some are better, in my opinion, than others. And so, I bring to you, dear readers, this list of fantasy weapons, ranked from the worst…

Every so often I stumble across a fantasy novel where guns are among the weapons used. In some books, they have their place– a pirate fantasy, for instance, would hardly be complete without a little gunpowder and lead. But they’re ranked pretty low on the list for me, personally. They’re a little too “real world.”

[Elven Ranger by ManuLaCanette on DeviantArt]

Oh man… Halberds are exactly the opposite of guns for me. Nothing builds the image of a medieval fantasy world more than a halberd. They’re so atmospheric and gorgeous– and they’d probably be really cool if I ever read them being used. But more often than not, when you read about a halberd, they’d being clutched by guards who just sort of… stand there. They stand very intimidatingly, of course, but they’re not all that dynamic.

Someone do me a favor and write an awesome battle scene involving halberds so I can move these gorgeous weapons up on my list.

[Dnd.Xia by Kii Weatherton on Artstation]

Wielded by a proper archer, arrows. Are. Awesome. They make for a really fantastic image sailing from castle ramparts en masse to defend the fortress. And when it comes to a stealthy solo archer, they can spy on their enemies from a distance and–zing!– take them out in a snap. However, if it’s someone’s only defense and they’re alone when they’re discovered… good luck trying to fight off someone who has a sword at close range. Hope you can get an arrow on your bow in time.

…Which brings me to the next weapon on the list! 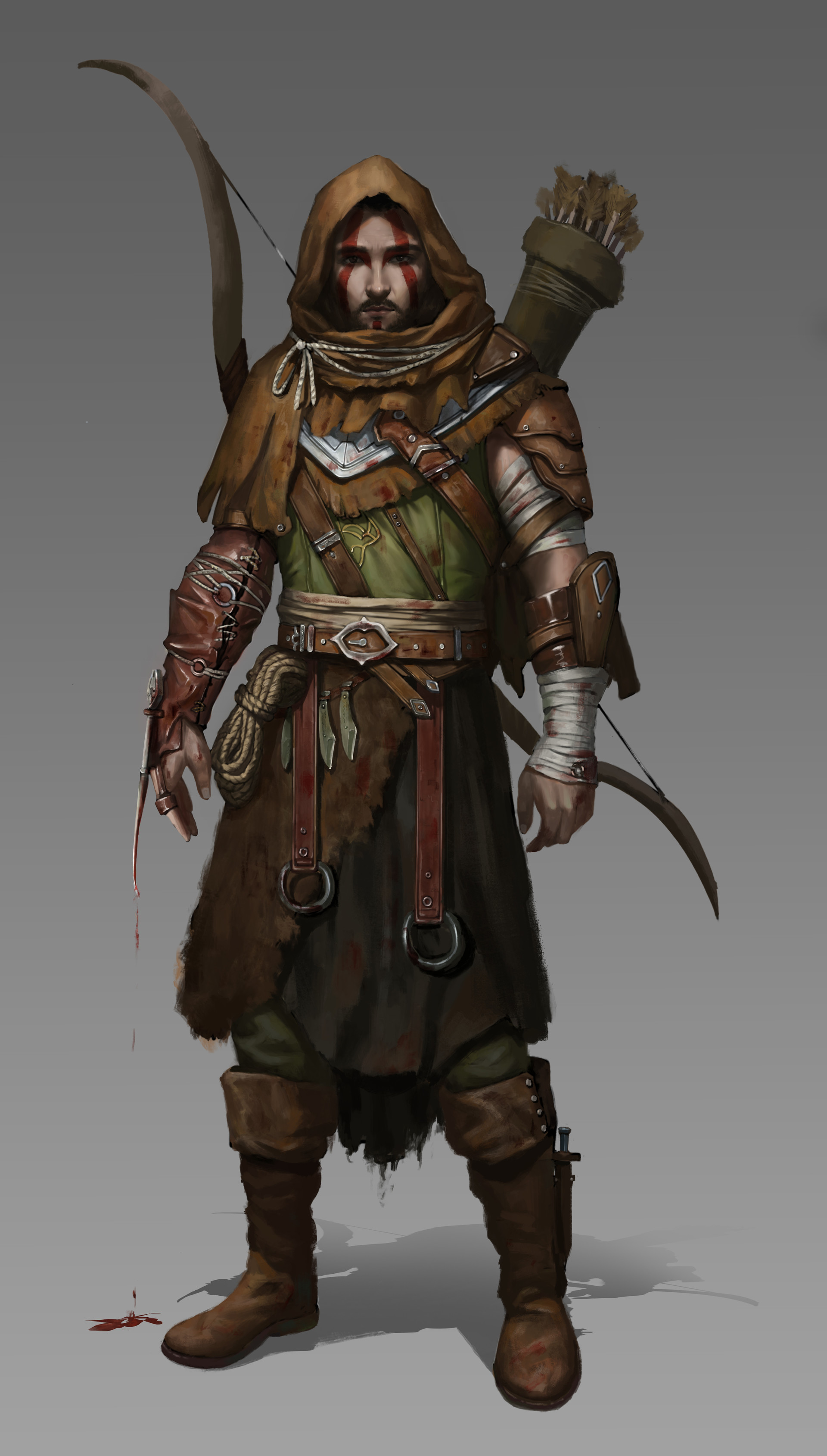 [猎人 by Xinqiao Xu on Artstation]

Swords demand respect. With their harsh clanging melody as they crash into each other, they’re almost emotional weapons, requiring those who use them to be at close range. Nothing says fantasy quite like a sword.

[Forwardguard by ogilvie on DeviantArt]

Magic and the supernatural literally define this genre. Does anything make fantasy readers lose their breath like two powerful mages who are almost equally matched for power tearing into each other?

If they’re anything like I am, the answer is no.

[Mage Duel – Nature and Destruction by Gjaldir on DeviantArt]

See these fantasy weapons and many more in Rogue Skies: A Limited Edition Science Fiction and Fantasy Collection.