Which Witch? Why we love both versions of Sabrina The Teenage Witch

Which Witch? Why we love both versions of Sabrina The Teenage Witch 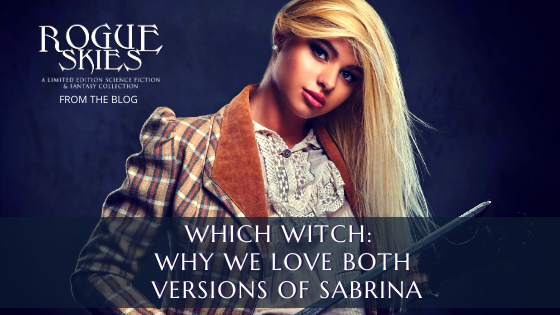 Season 2 of The Chilling Adventures of Sabrina dropped on Netflix last month and I, for one, was excited.

You see, children of the nineties like myself, knew the character of Sabrina Spellman as portrayed by Melissa Joan Hart very well. Sabrina was a zany teenage girl. A half-mortal, half-witch who spends her time grappling with how her magic affects her mortal classmates and life.

It was a show that was near and dear to my heart.

So I wasn’t totally sure how I felt about the announcement that the creators of Riverdale were adapting the Archie comic Sabrina for Netflix and giving it the “Riverdale treatment.” Their version of the story was going to have a darker tone.

No one was more excited than I was when I watched it and found that I really enjoyed it!

But it had a totally different feel than the Sabrina I’d grown up with.

It’s like comparing a book with its movie adaptations. I try to look at them as two separate pieces of art that offer things to enjoy of their own. So, here’s what I liked about each one!

What I loved about Sabrina the Teenage Witch:

What I loved about The Chilling Adventures of Sabrina:

Do you love both TV shows too? If not, which witch do you prefer?

Let us know in the comments below!

If you need more witches to add to your list of favorites alongside Sabrina, be sure to check out The Wrong Witch, exclusive to the Rogue Skies science fiction and fantasy boxset– 25 books for $0.99!