DIY Fantasy and Sci-Fi Soundtracks: 5 Pieces to get you started

DIY Fantasy and Sci-Fi Soundtracks: 5 Pieces to get you started 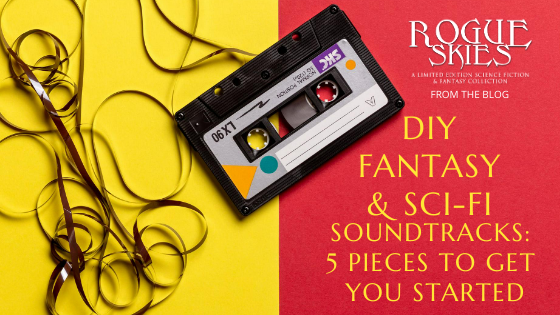 A film’s soundtrack can be one of the most powerful aspects of the movie-going experience, but what about the movies we play in our heads while writing or reading? If you ask authors about their writing routines, many will say they write to music. My urban fantasy gets a pop music soundtrack. My steampunk? Classical music, all the way. For some reason, I can ignore lyrics while I write in modern-day settings. But I need classical for my Victorian era stuff.

What about reading? Sometimes it’s fun to add a soundtrack there, too. So, here are five of my classical music favorites for your reading accompaniment and enhancement.

Okay, okay, again, if you’re of a certain generation, you know this piece as the opening credits for the movie 2001: A Space Odyssey. No, I’ve never seen the movie. Richard Strauss originally composed Also Spake Zarathustra in 1896. I’ve heard it performed by the Atlanta Symphony Orchestra and highly recommend listening to all of it, not just the intro.

This is probably my favorite piece of classical music. There’s love, romance, betrayal… And a funeral march and dancing demons and witches and… You get the idea. I love The Symphonie Fantastique so much I incorporated it into my second steampunk novel Clockwork Phantom, which was originally titled Light Fantastique.

For Fantasy or Sci-Fi Romance: Sonata no. 23, Op 57 “Appassionata” (Beethoven)

I played piano from third grade through college, so I had to include one of my favorite sonatas. Now that I have a piano again, I’m going to learn this one. Use Beethoven’s Appassionata to add some color to those stormy romance scenes. And if you decide to use it to add to your own personal, romantic encounter, be aware there are only three movements, not four like in many sonatas.

For Space or Other Battles: Ride of the Valkyries (Wagner)

Wagner’s Ride of the Valkyries has been used for so many commercials it should be familiar, but it doesn’t lose its power. Strap on a horned helmet (Victorian conception of Viking wear, btw, not historically accurate), grab your spear and pick up your nearest sci-fi or fantasy read. It’ll be extra exciting.

There are so many great pieces of music for reading, writing, or just plain listening. What’s your favorite emotion-evoking piece or song? Classical, modern, whatever you like is fine… Please tell me in the comments, and I may send you an electronic copy of Clockwork Phantom. 🙂

Cheers, and have an awesome weekend!

Enjoy this playlist or one of our own as you read through the 25 Fantasy and Sci-fi tales within the pages of Rogue Skies!
Pre-order today and get 25 books for just .99!