How the Devil Stole Our Hearts

How the Devil Stole Our Hearts 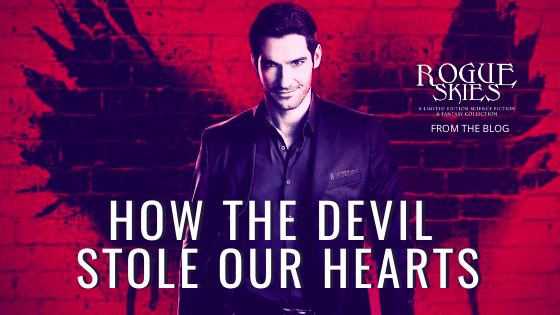 If you haven’t heard of the tv show Lucifer by now, you just may be living under a rock. The show already had a cult following so powerful that the fans (with the help of Netflix) managed to resurrect the show from an untimely cancellation. Now, season 4 has taken the world by storm after the entire 10-episode season hit Netflix last month. But what is it about this show that leaves fans thirsting for more? Let’s explore that a little more closely!

Sympathy For The Devil

I think what has made Lucifer such an amazing and binge-worthy show, despite the main character quite literally being the devil, is the way it humanizes Lucifer. Yes, he has some larger than life dilemmas, but underneath it all, the obstacles and insecurities he deals with are a reflection of the human condition. He has doubts, he is insecure about his relationship with his father, he uses humor to mask his feelings, and he’s suffering a sort of mid-millennium crisis of sorts. We feel sorry for him, and we also relate to him. Each of us has experienced pain, loss, betrayal, and helplessness.

Running with the Devil

Another thoroughly enjoyable aspect is watching Lucifer interact with the everyday. We see him solve crimes with Chloe and become a real part of the team. It starts off as a way to find out more about why Chloe has such a huge effect on his immortality and eventually morphs into a desire to actually help these humans figure it all out.

But it’s not only Lucifer who makes this show a must-watch! There is an entire cast who bring their A-game to the table with witty one-liners and fantastic dramatic scenes.

I have to admit that Amenadiel, played by D.B. Woodside, is one of my favorite parts of the show! His character arc has been a joy to watch! From avenging angel to a brother, a friend, and a trusted part of the gang.

Dr. Linda is also a fascinating character. Whoever thought the devil would need a psychiatrist? But we’re sure glad he did! Linda has become one of the lenses through which we can dismantle what Lucifer is going through and how it affects his behavior. She’s also not afraid to tell it like it and take a stand when she needs to.

Maze is perhaps the closest reflection of Lucifer we have on the show. She’s a demon, she should hate humans, and at first, she does, but over time she becomes a fierce protector of both Chloe’s daughter Trixie and later Linda. She also has some of the most hilarious one-liners on the show!

Ella Lopez crashed through the doors in season 2 and completely stole our hearts with her quirky personality. Her struggle with her faith is something many fans can relate to and only serves to remind us that even the happiest and fun-loving people can be fighting their own private battles.

Dan may have taken a moment to grow on us, but his love for both his daughter, Trixie, and his ex-wife Chloe is a testament to the honor of his character. He takes care of those he loves. Throughout the show, he’s become less about the comic relief and love triangle and been given more substance.

And of course, there’s Detective Chloe Decker. Chloe is Lucifer’s mirror in a lot of ways. She has a rocky relationship with her mother and tragic past with her father. She builds walls around herself that Lucifer has to knock down. Over the course of the show, Chloe learns to trust Lucifer and falls in love with him without really accepting who he is. Season 4 does a lot to address this issue, and boy, was it a wild ride!

The Devil You Know

Netflix did an extraordinary thing. It took the devil we all know and love and elevated the viewing experience. By shortening the episode count and upping the CGI budget while also being a platform that can afford to flirt with more risqué content. The results were a show that looked amazing, with smart writing that didn’t have to make up filler content, and which could tackle some darker and more mature themes without fear of censorship. We even got a great view of Tom Eliss’s backside 😉

Netflix has renewed Lucifer for a 5th and final season, and we can’t wait to see where season 5 will take us!

Have a hankering for an anti-hero? You’ll find plenty between the pages of Rogue Skies!