How Will and Grace is the new Friends – but better

How Will and Grace is the new Friends – but better 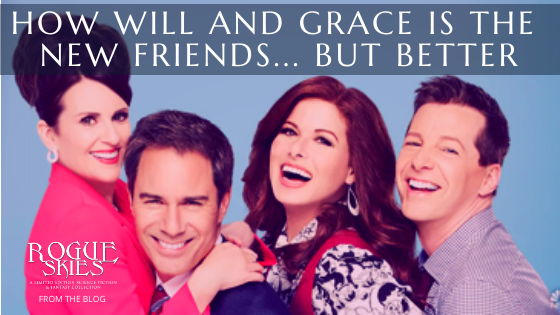 Yes, I know it’s Will & Grace, but WordPress won’t let me use an ampersand in the post title.

I recently finished watching the end of the most recent season of the Will & Grace reboot. At the end of it, Grace, who’s been dating Noah – played by David Schwimmer – gets on a plane with a guy she’s just met to seek adventure and happiness. Once I set aside the concern that the guy could potentially be a serial killer, I’m sure that like many fans, I imagined the following exchange:

Noah on the phone with Will – “What do you mean, she got on the plane?” 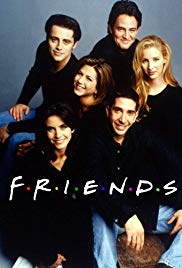 Yes, I’m referring back to the series finale of Friends, when Rachel originally gets on a plane to go to her dream job, essentially rejecting Ross – played by David Schwimmer – then changes her mind and decides to continue their life together in New York. She gets off the plane, and it’s a big, romantic moment. Let’s set aside the problematic aspects to their relationship, which the internet has had a field day with since. I thought the Will & Grace writers made a clever point – this is a new show for a new era, but it should feel familiar.

Even the premise – a group of friends seeks identity, career stability, and love in New York City and strangely never have to worry about the cost of living there – could describe either. Half of the group seems to have their life together. The other half flounder. But it’s a toss-up as to who’s in what group at any given time. Episodes often end up with hugs and expressions of mutual support. Awkward situations and laugh-out-loud funny lines keep things from getting too serious.

Most of the time. And that’s where the two series diverge, at least when it comes to Friends vs. the Will & Grace reboot. It makes sense. Times are different. Rachel may not have gotten off that plane in a post-9/11 world. Those of us who started off with Friends in our teens and early twenties, the original Will & Grace in our early thirties, and are now watching the reboot in our forties have more serious lives, or at least it feels like we do. I almost didn’t watch the rebooted W&G because I remembered the characters as being somewhat shallow and immature, at least most of the time. They still are to a certain extent, but they’ve learned some life lessons and have developed their identities and moral compasses. 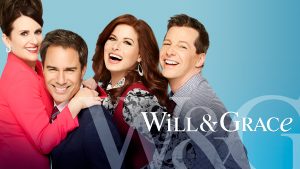 One thing I’ve loved about the W&G reboot is how it tackles modern issues with gentle humor without minimizing them. For example, in the first season, Karen, whose shallow rich character brilliantly played by Megan Mullaly, wants to order a cake with MAGA written on it. The baker refuses. Does the baker have that right, to refuse on moral grounds? The episode handles it beautifully. Then, in this season, someone refuses blood that Will donated because he’s gay. At first, Will doesn’t argue because he’s tired of always having to educate and explain, but he’s not able to step away from the situation completely. Unfortunately, I don’t think the people who need to see these episodes are going to watch them, but one can hope.

At the end of the day, that’s why I love and have always loved W&G. It could have easily slipped into stereotypes and gay jokes, but the characters and situations are well-rounded, especially in the reboot, where we get more backstory and development for Karen and growth for Jack. I’m grateful to see characters who are in their forties and who don’t have life figured out yet because that’s how I feel. I can’t wait to see where next season goes.

Also, NBC, please don’t do a Friends reboot. I don’t think it would hold up.

P.S. I have nothing against David Schwimmer. He plays neurotic beautifully, and I’d love to sit and have a glass of wine with him someday to see how he feels about it.

Friendships and comedy can also be found between the pages of Rogue Skies! Have you preordered yet? 25 books for $0.99 is too good to pass up!  Get your copy today!